Sam has a new bike. It is a Donhou. It is beautiful and it has made him very happy. He is a Rapha Continental Team rider. He built the wheels for the team bikes, four of which were on display at the Bespoked Bristol Bicycle Show. He built up one of the other frames, a Feather, which won "Best Road Bike". 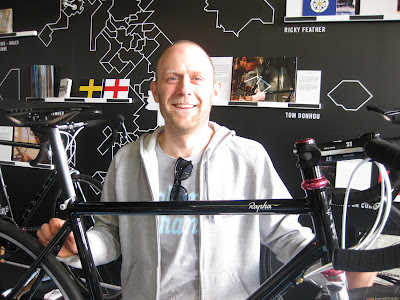 James Fairbank, a nice person at Rapha and long standing friend of Sam has masterminded the UK Continental Team.  He worked like a Trojan to ensure that all of the bikes, wheels and riders came together this weekend.  He is one of the angels. 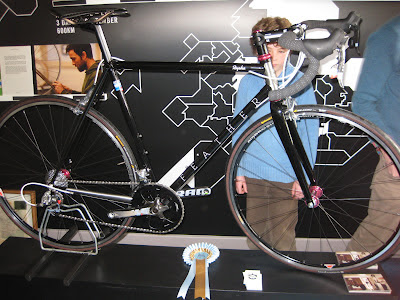 I am no photographer so can't do these justice. I've taken photos of the things I saw at Bespoked which I liked. 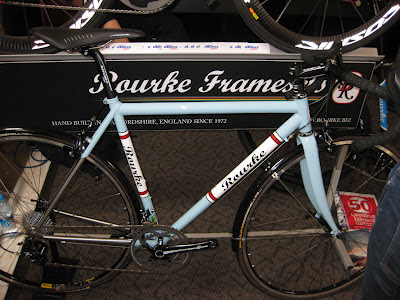 I fell in love with this Rourke.  Surprisingly light despite being made of steel and having full mudguards. 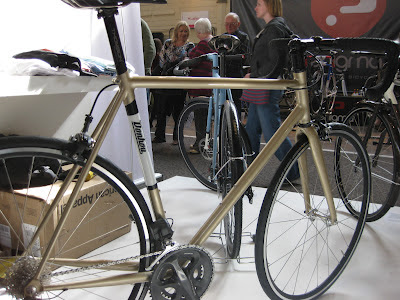 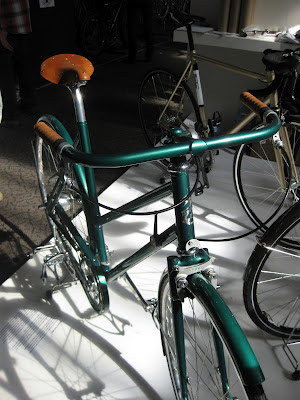 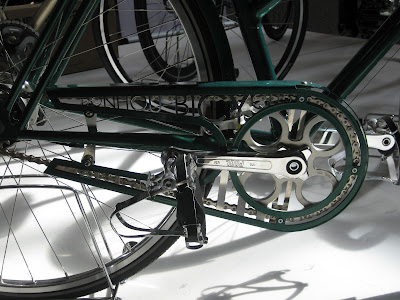 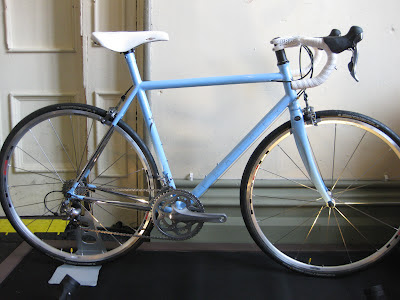 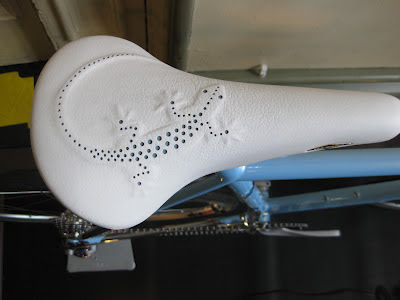 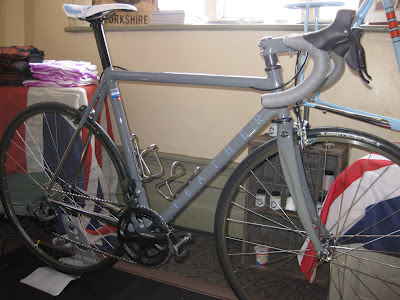 Ricky Feather
Tom Donhou and Ricky Feather are both talented frame builders. I had no knowledge of hand built frames before today, (I once saw a film about Pegoretti at the Rapha pop up cafe, but that was my limit).  Clear to me was the passion that both have for their work and their bikes are beautiful even to a layman. 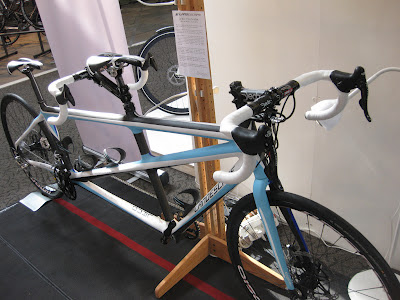 A Landescape tandem that caught my eye. 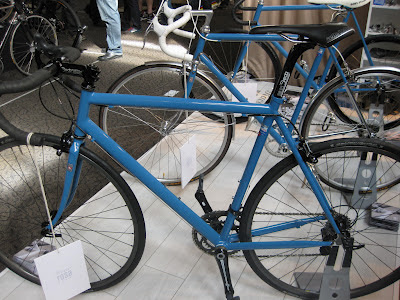 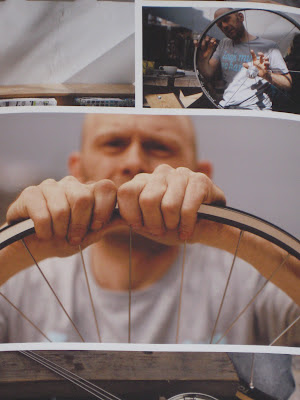 Sam, the master wheel builder, on a Rapha poster. 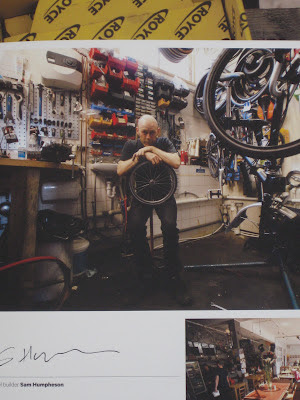 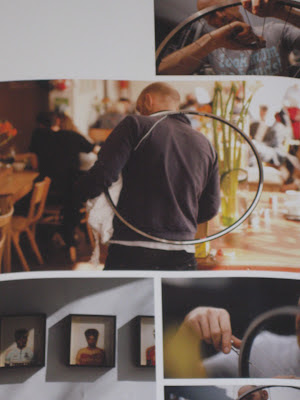 I'm happy for Sam and proud to see him recognised like this.
For very many reasons I found today an emotional event. 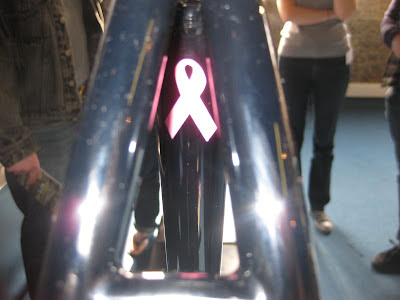 Posted by Charlotte at 9:45 PM