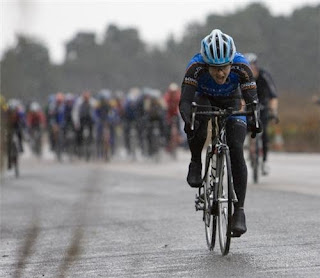 When I started out I knew nothing.  As I go﻿t faster I began to realise how little I knew.  I tried to race as much as I could.  Surrey league races at the Chertsey MOD circuit helped me to cut my teeth (this photo is from 2007), and I made cycling buddies I now regard as friends: 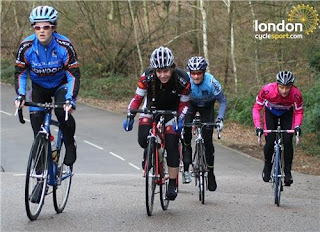 The lady just behind me is Jo Munden.  She won this race and the following week got hit by a car on the way home, leaving her with a broken wrist.  In her words "you win some, you lose some".   In this first full-season my learning curve was steep and brutal.
I won a series of 3 races at the MK bowl but also learnt what it felt like to ride with another girl's handle bars resting against me in the bunch. I won my first race but my attacks blew my team mates out the back. I lost my rag a few times.  The transition from a sport which rewards out and out fitness and power, to one which is all about the race and less about the training was not something I found easy.
Everytime I swung my leg over my bike I felt like I was learning how to ride.  I was trying to become a cyclist and not an athlete on a bike. I rode in a men's stage race, I guested for another team and competed in National RR Championships. 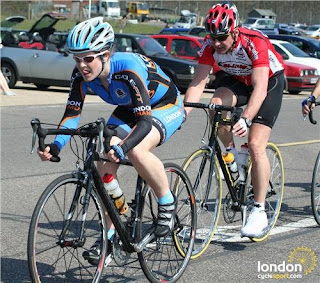 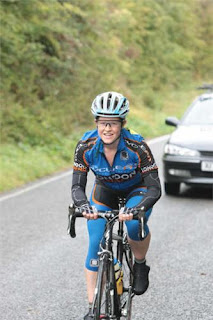 I was hungry for racing and I took every opportunity I could to ride.﻿  I was strong because of the years of rowing.  I didn't race smart.  I just raced.  There were consequences: 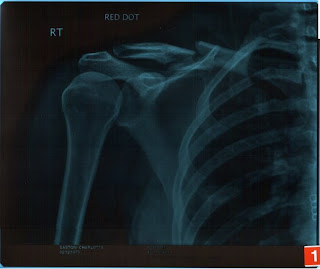 At the end of an interminable season I found the limit of my own capabilities. I had gone from 4th Cat to 1st Cat in a year.  I pissed people off but I also impressed them.  I had learnt how to ride in a sizeable bunch, how to counter an attack, and had ridden in grupettos just to finish races.  I hadn't learnt when to stop.  At the beginning of September in that year I "dnf-ed"for the first time at the Warrick town centre crit.  I didn't feel safe and thought I was out of my depth. 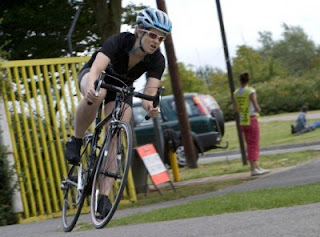 Two weeks later I started a Women's Team Series.  I had flat batteries. My first full season was taking its toll. Having become a marked rider, I felt the weight of expectation.  One team in particular watched my every move.  I chased breaks and finally, having given everything came down in a crash and broke my collar bone, lost a tooth and needed plastic surgery on my mouth.

I know about learning the ropes.  I know about crashing. I know how much a morphine headache hurts. 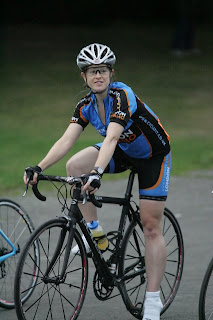 I also know I've got friends with whom I can laugh about these things.
﻿
Posted by Charlotte at 7:57 AM