My alien is about to go into battle for round two with docetaxel.  "Taxus" in Latin means "Yew".  Yews are poisonous.  This gives you some idea of what the alien and I are in for.

Deborah Orr's article got me thinking.  Each of the women I've met on this journey is facing up to her diagnosis in a different way. I've found it helpful to think of this as a fight and squaring up to the task ahead of me as a series of battles has kept me positive and focused.  Deborah Orr is wrong: unavoidably people's characters are tested. We all break at different points.  There is no shame in this. 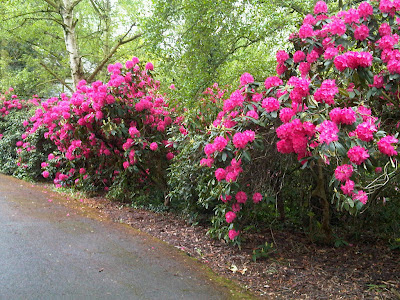 I know this because I have been tested and I did break. Screaming involuntarily and sobbing uncontrollably, I went through a sterotatic, prone biopsy.  There were six people in the room other than me.  Four of them were nurses, one of whom stayed after her shift had ended to get me through it. An angel.  Another lady dressed the wound made by the probe and another offered to make me a cup of tea.

Because of their care I made it through. The next day I was able to cycle to the Herne Hill Velodrome and watch some of my students compete in the interschools cycling championship.  Important stuff both for them and for me.  And I met a cycling celebrity. The pain does not last but memories of sunny days do. 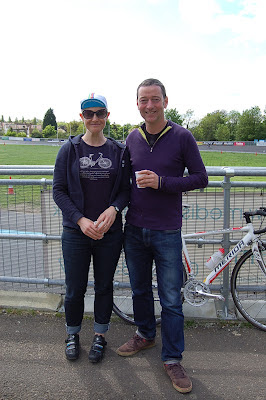 I think I'm getting the measure of this, psychologically and physically.  The hurt caused by the docetaxel and the other procedures is all to the good if I'm fighting my alien. My soul soared to see the rhododendrons on my walk to the hospital and their blousy, even garish colour make me grin.  I've found that having a bit of very dark chocolate in my bag is an invaluable resource and I know that I would be nowhere without the NHS and some amazing friends and family.