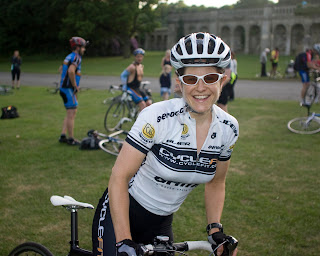 Thanks to Phil Jones for this photograph:  2009 at Crystal Palace.  I was riding a Cyclefit designed GPM.  It took me a week or two to get to know it but I loved that bike. I believe in the Cyclefit philosophy and have come to love Jules and Phil to pieces over the years. It was an honour to ride for them. 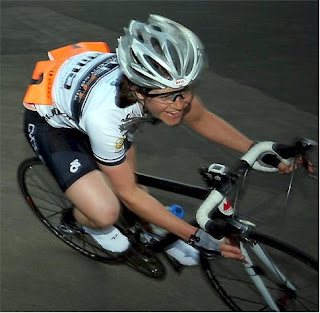 Riding the right hander at Palace is fast and fun.  Especially when John Mullineaux is positioned on the corner, giving support and taking photos.  I was lucky enough to be riding for Cyclefit while Warrick "speedy" Spence was still in the country.  I took so much pride in wearing the same jersey as him.  He's just won a couple of National Medals on the track in NZ.  Well done, buddy! 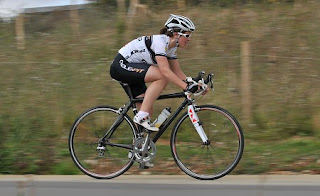 I like this shot of me at Hog Hill.  I think this is at the London Crit Champs in 2009.  Nikki Juniper won the day and I rolled in 2nd. Her killer kick on the final climb is still clear in my mind.  I managed to become Crit Champ because Nikki, (who is gorgeous by the way), doesn't have a London postcode.  The following day I rode at the British Cycling TT Champs and came 7th.  Nikki won the Warwick Town Centre Criterium which is part of the National Road Race Series. A happy weekend.
Posted by Charlotte at 9:11 PM